Areas In North London Where to Live

North London is well known for its robust environment with different cultures, a wide selection of social amenities, and historical landmarks. Its proximity to Central London is considered among the upscale places to live in the city.

Choosing a place to live is not easy, whether you're looking to rent or buy new property. North London has five boroughs where you can decide to reside. We are going to look at this simple guide on the best places to live in North London, including: 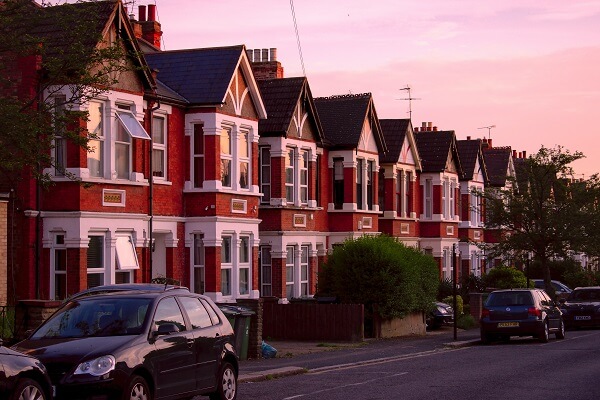 It's located in the borough of Camden. Its postal district is NW6, and the junction of 3 railway lines greatly contributed to its growth. Hampstead is a residential area characterised by Victorian and Edwardian homes, small shops, bakeries and restaurants. It has a rural and calm atmosphere and is ideal for families looking to build a permanent home.

Some of the notable buildings are the Emmanuel church, the Hampstead Cemetery, and the Hampstead fire station. It has several transport links linking it to central London such as tubes, trains and buses. Hampstead is among the safest areas to live in North London. Equally, you pay a high price for properties from the neighbourhood. Several notable persons also stay in Hampstead.

It is a residential area located in Islington borough, Greater London. The area grew as a result of the great north road and even got its name from there. Islington has easily become one of London's most desirable places to live thanks to its strategic location and beautiful townhouses.

Islington is becoming London's dining centre with lots of food cafes and pubs, making it a hotspot in North London. The main shopping centre is Upper street and Angel, buzzing with people, shopping spots, eateries, giving it a vibrant environment.

The well-structured bus routes make it easy to use public transport. There is a major bus interchange located close to the Angel tube station as well. Away from The upper street is the residential area, which has plenty of green spaces and Victorian townhouses, ideal for people who want to be away from the crowded areas.

Whether you have a property in Islington that you'd like to extend or you're looking for a new property, Islington is ideal considering its position and social amenities. It is best for new people, tourists and anyone looking for that vibrant environment.

Camden town offers the most diverse property options in north London, ranging from expensive to easily affordable. It is in the Northwest of London that grew as a result of railway development. Camden Town has become a tourist destination for many thanks to Camden Market offering an above-average experience. The Camden market offers everything from fashion, books, antiques to fruits and vegetables.

Of Course, like other places in north London, it has a range of eateries and street vendors offering cheap and tasty meals. Let's not forget the pubs and bars for anyone after the nightlife. The Camden market attracts a very vibrant population. Apart from the market, the city has been the home of the live music scene from open mics, stand up comedy, folk music. If you're after music, Camden is the place for you.

Transport in the area is no issue as it's a major hub for bus routes in north London, making it well connected to the capital and the Camden town tube. Cycling is also an option to help you move around the city. Some of the landmarks in the area include the Roundhouse, St Patrick's old church, Our Lady of Hal, Hawley Arms and the Arlington house. Most of the property in Camden is being converted or extended to offer more housing options. 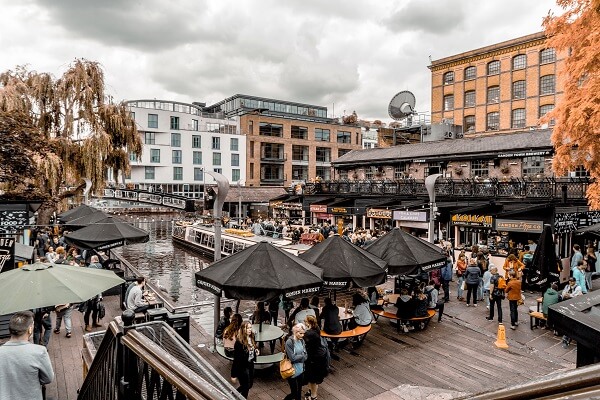 Located in the borough of Barnet, it is a residential suburb with three town centres. These are the North, East and Finchley central. It is a great location for someone after a quiet life. The city is well connected with Central London because you have access to three tubes on the northern line.

The area has a multicultural environment meaning a wide range of restaurants and cafes ranging from Italian, African and Indian cuisine easily available.

Living in the area is ideal because of the facilities it has. It has a total of seventeen primary schools and seven secondary schools. Woodhouse College is also located there. Finchley has quiet streets and beautiful Georgian homes, making it among the best residential areas to live in North London. You can decide to build a new property or renovate your rented property to fit your style.

Some of the Landmarks include the St marys dating to the 13th century, Collage farm, the Phoenix cinema and the Sternberg Centre for Judaism. Cultural references have been made before, such as the March of the Guards by William Hogarth.

This is a suburban town in North London, with a perfect mix of urban and village. Being at the Outskirts in zone 3, Edgware is one of the best areas to live in North London and offers one of London's most affordable properties and is among the lovely places in North London.

Edgware is also well known for its diversity, so you're assured of Caribbean food, Kosher bakeries, Indian food as well as Thai. Like any other area in London, there are well-established bars, shopping centres as well as eateries.

This is a suburb in Barnet and is the earliest place to be inhibited in the district. It uses the postal address NW7. Mill Hill Broadway is said to have developed after the arrival of the Midland railway station. Broadway now has developed and has several cafes, shops, and transport links. Mill Hill East has several upcoming residential homes, with new buildings replacing old gas works and the conversion of old warehouses.

It is well served by the Mill Hill broadway station (Thames link route) and the MillHill East station(Northern Line). The area also has several buses operating day and night. If you have a family, with children, there are several primary schools and secondary schools in the area.

Mill Hill park provides the perfect place for outside activities because of the many available amenities. With the availability of the cricket pitch, football pitch, tennis courts, basketball courts, and outdoor gym, you can easily find your space.

A multicultural area situated in the London Borough of Hackney. Stoke Newington is among the nicest neighbourhoods in northern London to buy and build property mainly because it is well connected to the city and its strategic position from central London.

Stoke Newington has beautiful Victorian houses and its quiet environment. The large homes available in the area makes it suitable for families. Despite being a quiet environment, it is known for its music scenes, including contemporary, jazz and open mics. It has the best selection of pubs, theatres and eateries all in one area.

It also has its own festivals such as the literary festival and the Farmers markets on Sundays is something you'd look forward to. 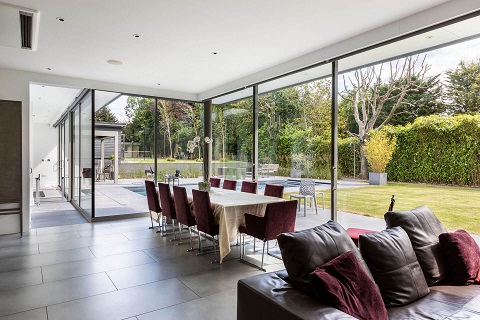 This is a small suburb settlement in Barnet with a medieval vibe to it. It is known for the high Jewish population. Golders Green has several restaurants to showcase for its diversity, including Indian, Israeli, Japanese, That and Italian. It has several high-quality amenities and leading banks.

The area is best for families as well because of the primary and secondary schools available. It has a number of facilities such as the Golders Hill Park, which has a zoo, park, horticultural garden, duck ponds and a cafe in it. A leafy suburban, Golders Green has beautiful Edwardian homes that can be converted or extended to suit your needs and style.

The London borough of Barnet is a leafy suburban that might convince you you're not in London. Although slightly higher than average prices, It has been considered one of the safest places to live in London.

Barnet is pretty common with young professionals as well as families because of its strategic position and amenities. Barnet is best for commuters that use the Northern line otherwise it would be a longer commute.

It has a decent number of local pubs and shops and is well connected. For transport, there are several buses and a night bus that runs through the Barnet area. The New Barnet is an overground station that goes through Kings Cross and Moorgate. Barnet might be the best suggestion, whether you're looking to build a new property, extend or convert. 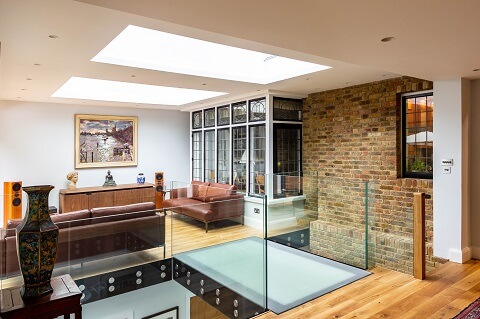 It is among the most expensive suburbs, characterised by its quiet, green leafy environment and a community-like feel. If you are looking for a place with a rural feel, you should consider Highgate. It's all brought together by the Victorian and Edwardian homes, Highgate village as the centre, Highgate woods if you're looking to stretch your feet.

Highgate's centre is Highgate village, which has a wide selection of pubs, shops, restaurants, and a residential street. Highgate hill gives a beautiful view over North London at its highest point.

There are several landmarks, such as the Victorian cemetery and St. Michael's church. The most common transport links in the area are the bus routes 143, 210, 214 and 271 serving the area. The postal district is N6.

Most of the homes in North London are either Victorian, Edwardian or Georgian style. If your property is among any of these types and you want to improve the overall appearance or convert your home to fit your needs, there are plenty of home improvement options to consider.

Some of these solutions include having a kitchen extension, an extra bedroom, an orangery, home office or loft building and conversion. For ideal results, you need to hire professional local building companies to help with the necessary changes and professional consultation.

From the above, we can see the many options you have if you're looking for nice areas in North London. Whether you're purchasing a new property or renting, you also have the chance of improving your space. To find where to live in North London, you need to put your budget and other needs into consideration. But there's always something for everyone.